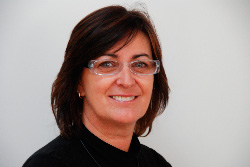 Leeanne is the seventh of nine children; six brothers and two sisters. Life was tough growing up, but Leeanne always loved netball and writing, which gave her something positive to focus on. Leeanne wrote her first play in grade five, which was performed before the entire school. Ambitiously, she tried to write her first novel in Form 2 (Year nine). However, it took nearly thirty years, two occupations and three children, before she got the opportunity to follow her dream and study Professional Writing and Editing. Since graduating, Leeanne has been writing, or editing her work, every day.

In co-writing the Netball Dreamz  series, Leeanne combines her two greatest loves: writing and netball. Leeanne has never lost her passion for netball. She is an – Intermediate Netball Coach – and it is with this knowledge of the game that she is able to weave Gillian’s netball activities into the story of Sally, Nat and the Central Park grade six netball team.

Leeanne continues to write other stories too. You can check out what else she’s up to at www.leeannevernon.com 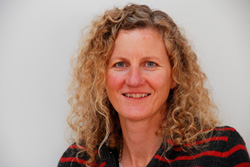 Gillian is the youngest of three daughters. She comes from a netball family; her mum and two older sisters played netball. Gillian spent Saturday mornings, and many a night, watching her mum and sisters playing netball and she longed to be old enough to play too. When Gillian was in grade five, (that’s the same age as many of you readers!) she finally got her opportunity, and what a stunning debut. She played goaler and her team won the grand final!

Perhaps all those years of watching netball made Gillian hungry for netball success, or maybe it was the advice of her mother who said, “Go mad, go and do everything”, because it was the start of a wonderful netball career

Gillian first played in the city for an under 16’s representative team. From here she was selected as a defender for the Victorian under 16’s and her elite netball journey began. She played in many great teams along the way, including the Australian under 21’s.

However, one of Gillian’s fondest netball memories is playing in a team with her mum and sisters called, MKs, or mums and kids.

Gillian is now a well respected coach and coach educator, both nationally and internationally, as well as an author of netball books and a netball coaching DVD series. You can check out all Gillian’s career highlights at www.netskills.com.au 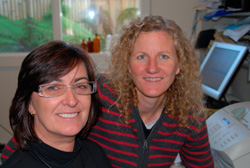 How It All Began

Leeanne always wanted to write a book like Netball Dreamz . Trouble was, she didn’t feel qualified to write the “how to play” section. Sure, she knew about netball, but there is a big difference between knowing about something and being an expert.

Gillian Lee is a netball expert – a High Performance Netball Coach. She has written several netball coaching manuals and even has a DVD series for coaches. Not only is she the head coach of a great State League netball club, she coaches other coaches. Now that’s an expert!

Several years ago, Leeanne worked with Gillian Lee as an apprentice coach. At their first training session together, Leeanne told Gillian about her idea for Netball Dreamz: a story containing netball coaching activities.

Leeanne went home and wrote the first 600 words of: Netball Dreamz a book, a dream, a plan. When Leeanne finally showed Gillian what she had written, it took no time at all for Gillian to say, “I love it. Let’s do it!”

And that’s how Netball Dreamz began.

Payment can be made with Paypal or Credit card.

To pay by credit card without using paypal go to ‘checkout’, fill in your details, press ‘proceed to paypal’ and then follow the easy directions. You do NOT need to create a Paypal account. If you need help: CLICK HERE

Quotes from SUPER netballers about our books

Bianca Chatfield – Australian Diamonds Player – “Awesome book; great story with exciting new skills. I wish I had it when I was young. Fantastic!”

Sharelle McMahon – Former Australian Diamonds Captain – “Wow! What a great fun story. It also has heaps of tips for helping make you a complete netballer, who’s positive and in peak condition.”

Sarah Wall ~ Creator of NETFIT Netball  “A great story about forging friendships through netball, and using Gillian Lee’s expert advice to become the best netballer possible. You can’t afford to miss this!”